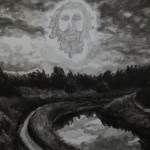 The Marble of Exchange 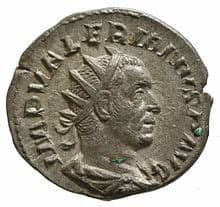 I remember how struck I was as a boy when I read about the fate of the Roman Emperor, Valerian (253-260, pictured above). According to the early Christian historian Lactanctius he was captured by the Persians after the Battle of Edessa and used for years afterwards as a footstool for the Persian Emperor, Shapur I. When Valerian offered the Emperor a ransom for his release, he had molten gold poured down his throat and was then killed and had his skin flayed off. Lactantius' account does not make clear whether the killing or the flaying took place first. No time was wasted anyway in hanging the skin up as a trophy in Shapur's Great Hall.
There are any number of tragic cases closer to home - both in time and space - which should have affected me at least as much but did not do so. After all, I did not know Valerian - how could I? - and I also had no idea whether he was a good man or not. But deep down none of that mattered. What trumped everything was the strong conviction that a Roman Emperor should never have had to suffer such indignities. It seemed to me then - and still does now - profoundly against the natural order. There was the personal element too, as in the title of Graham Greene's book, The Human Factor - the feelings, emotions, and propensity for suffering common to men and women of all eras - and I could imagine only too clearly the terrifying blend of humiliation, dread, isolation, hopelessness and despair that Valerian must have felt.
Not every historian, I hasten to add, shares Lactanctius' view. Other accounts claim that Valerian and the men seized with him were treated honourably and were in fact set to useful work, building dams and bridges and so forth, the type of engineering enterprises Romans traditionally excelled at. So that's a comforting hope. But it is the first version that has stuck in my mind and which somehow - viscerally, I mean - seems more likely to me and certainly more realistic.
This unfortunate Emperor, as I say, has often been in my prayers these past four decades. For fifteen years or so I would simply ask God to look after him in eternity and grant him a place of 'happiness, refreshment and peace' as Eucharistic Prayer Two of the RC Church expresses it. But when I discovered Charles Williams in 1994 a whole different mode of prayer opened up before me. Nowhere is this better articulated and embodied than in the poem appended below, Taliessin on the Death of Virgil, taken from Williams' Taliessin Through Logres collection (1938).
Williams expands on this concept of prayer in many places, most notably in his novel Descent Into Hell (1937). He makes of prayer a more elastic, dynamic thing than I had thought possible. Not only can we pray for a person's post-mortem salvation but also that they might be given comfort, hope and strength here on Earth in the darkest moments of their most intense physical and mental pain. The implications of this are staggering. Through our prayers, for example, we can make a tangible difference to a martyr (of any denomination) enduring a brutal hanging in sixteenth-century London, or to a child forced to watch the slaughter of parents and siblings in the Rwandan civil war of the 1990s.
I find it extraordinary that the Christian Churches have not picked this idea up and ran with it with gusto. What is the Church for if not deeply salvific deeds such as these? It shows to me just how far Christianity still has to go before it can become the religion it is truly capable of being. In a sense it hasn't done anything very much yet. So much of it is still latent, still in a state of potential, raw and undeveloped. And this should give us both cause for concern and grounds for real hope.
Charles Williams was a forerunner, I believe, of this coming Christianity - richer, deeper, more creative and three-dimensional than much of what we see in our churches today. In this poem, Virgil - the archetype of the virtuous pagan who never knew Christ - tumbles down to Hades at the moment of his death. Nothing can break his fall. The words and images which served him so well in life and came at his beck and call dissolve into a meaningless welter and babble. The underworld awaits. Then grace takes a hand. 'Unborn pieties lived,' as Williams succinctly puts it. Prayers of gratitude from his subsequent readers descend upon Virgil, rescue him from the pit, and bear him up towards that heavenly home where he truly belongs. He is 'set on the marble of exchange' - a fine, gratuitous act, like the 'deeper magic from before the dawn of time' in The Lion, The Witch, and The Wardrobe, cutting through the iron laws of necessity and paying the poet back in justice and truth for the miracle of his oeuvre.
This is a work of real beauty and power. The French word for 'strength' - la force  - captures its spirit well. I didn't notice it much, I confess, when I first discovered Taliessin Through Logres twenty-six years ago. I was too fixated on the Grail at that time to pay much attention to anything else. More fool me. Maybe this is the poem where the Grail was to be found all along. This is the poem, perhaps, that reaches down most emphatically  to the heart of things, to the nub of what Dante so memorably calls 'the love that moves the sun and the other stars.' Every time I read it, it unfolds - unfurls even - more and more of its secret power. May it do so for you and for all who read this post. It is a poem to pray by, and a poem to live by:
Taliessin on the Death of Virgil

Virgil fell from the edge of the world,
hurled by the thrust of Augustus' back; the shape
he loved grew huge and black, loomed and pushed.
The air rushed up; he fell into despair, into air's other.
The hexameter's fullness now could find no ground;
his mind, dizzily replete with the meaningless sweet sound,
could found no Rome there on the joys of a noise.
He fell through his moment's infinity
(no man escapes), all the shapes of his labour,
his infinite images, dropping pell-mell; above,
loomed the gruesome great buttocks of Augustus his love,
his neighbour, infinitely large, infinitely small.
In the midst of his fall others came, none to save.
While he was dropping they put him in a grave.
Perpetual falling, perpetual burying,
this was the truth of his Charon's ferrying -
everlastingly plucked from and sucked from and plucked to
and sucked to a grave.

Unborn pieties lived.
Out of the infinity of time to that moment's infinity
they lived, they rushed, they dived below him, they rose
to close with his fall; all, while man is, that could
live, and would, by his hexameters, found
there the ground of their power, and their power's use.
Others he saved; himself he could not save.
In that hour they came; more and faster, they sped
to their dead master; they sought him to save
from the spectral grave and the endless falling,
who had heard, for their own instruction, the sound of his
calling.
There was intervention, suspension, the net of their loves,
all their throng's songs:
Virgil, master and friend,
holy poet, priest, president of priests,
prince long since of all our energies' end,
deign to accept adoration, and what salvation
may reign here by us, deign of goodwill to endure,
in this net of obedient loves, doves of your cote and wings,
Virgil, friend, lover, and lord.

Virgil was fathered of his friends.
He lived in their ends.
He was set on the marble of exchange.
Posted by John Fitzgerald at 10:01 PM 2 comments:

Between Carbonek and Byzantium - The Reign of Constantine IV 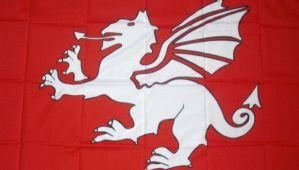