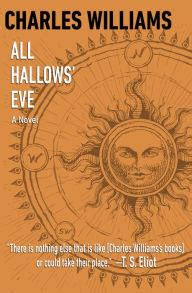 It is disheartening to observe how normalised and embedded all these Covid restrictions are becoming - social-distancing, masks, limitations on movement, etc. A relentless tide of propaganda and social pressure internalises this 'new normal' for us, and it feels increasingly difficult to think and act outside the narrow parameters hedging us in.

Yet as the outer world drifts into darkness, so the inner world - like the stars at night - shines out in new-found vigour. 'He must increase; I must decrease.' It is a universal law, though we need the gifts of discernment and attentiveness to perceive it, two qualities which our anti-contemplative contemporary milieu does its level best at all times to quash.
So what do we find now in November 2020 when we stop, look and listen to what's happening within? In my case this year it has often been a case of passages of familiar text - prayers, poems, or parts of novels - springing to new life like a string of pearls in my mind. An example is this intense, deeply-metaphysical reflection from the second chapter of Charles Williams' novel All Hallows' Eve (1945). The recently-widowed Richard Furnival is paying a visit to his artist friend Jonathan Drayton. One canvas in particular compels his attention:
' ... It was a part of London after a raid - he thought, of the City proper, for a shape on the right reminded him dimly of St. Paul's. At the back were a few houses, but the rest of the painting was of a wide stretch of desolation. The time was late dawn; the sky was clear; the light came, it seemed at first, from the yet unrisen sun behind the single group of houses. The light was the most outstanding thing in the painting; presently, as Richard looked, it seemed to stand out from the painting, and almost to dominate the rom itself. At least it so governed the painting that all other details and elements were contained within it. They floated in that imaginary light as the earth does in the sun's. The colours were so heightened that they were almost at odds. Richard saw again what the critics meant when they said that Jonathan Drayton's paintings "we're shrill" or "shrieked", but he also saw that what prevented this was a certain massiveness. The usual slight distinction between shape and hue seemed wholly to have vanished. Colour was more intensely image than it can usually manage to be, even in that art. A beam of wood painted amber was more than that; it was light which had become amber to become wood. All that massiveness of colour was led, by delicate gradations almost like the vibrations of light itself, towards the hidden sun; the eye encountered the gradations in their outward passage and moved inwards towards towards their source. It was then that the style of the painting came fully into its own. The spectator became convinced that the source of that light was was not only in that hidden sun; as, localised, it certainly was. "Here lies the east; does not the day break here?" The day did, but the light did not. The eye, nearing that particular day, realised that it was leaving the whole fullness of the light behind. It was everywhere in the painting - concealed in houses and in their projected shadows, lying in ambush in the cathedral, opening in the rubble, vivid in the vividness of the sky. It would everywhere have burst through, had it not chosen rather to be shaped into forms, and to restrain and change its greatness in the colours of their lesser limits. It was universal, and lived.
Richard said at last: "I wish you could have shown the sun."
"Yes?" said Jonathan. "Why?"
"Because then I might have known whether the light's in the sun or the sun's in the light."
"And very agreeable criticism," Jonathan said. "I admit you imply a whole lot of what I only hope are correct comments on the rest of it. You approve?"
"It's far and away the best thing you've done," Richard answered. "It's almost the only thing you've done - now you've done it. It's like a modern Creation of the World, or at least a Creation of London."
These are especially salutary words, I feel, for where we are now in the UK. Williams depicts light as a tough, sinewy thing, not easily shifted or extinguished, neither cowed nor intimidated by this 'wide stretch of desolation.' The sun may be hidden, but it is still very much present, obdurate and patient, waiting for its moment - like the Hidden Imam of Shia Islam - to emerge from occlusion and transform the barren world below.
Williams' reflection is very much worth living with for a while and meditating upon. We should let it seep into us and inform the way we see and apprehend the world, now more than ever as the air grows colder, the days shorten, and the sinister notion of the Great Reset shifts from conspiracy theory to hard fact. As is often (and truly) said, what we focus on grows.
'Let there be light,' said God in the beginning, and there was. It's still here too - resolute and tenacious - emanating from a source behind and beyond the screen of surface phenomena which we cannot see or grasp with just our earthly eyes.
'The light shineth in darkness and the darkness comprehendeth it not.' That is true. But the darkness has never conquered it and never will. The light remains invincible - our ally, friend, protector and guide. It will strike out, just as day follows night, when the hour to push back comes round at last. All we have to do is watch, wait, contribute and create where we can, and pray.
Posted by John Fitzgerald at 12:22 PM 4 comments: