The First and the Last - 'That Hideous Strength' Unveiled (III) 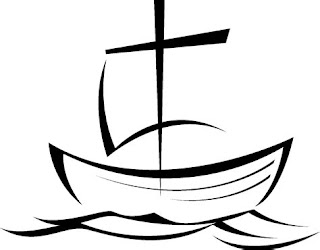 The fire of grace, kindled in the hearts of Christians by the Holy Spirit, makes them shine like tapers before the Son of God.

Vladimir Lossky, The Mystical Theology of the Eastern Church

There was little speech between Ransom and Jane on the journey back. It seemed somehow superfluous after their meeting with the Hidden King.

They sat facing each other on the blue seats and communicated, when they felt the need, by gesture and glance. The circlet and orb were beside them still, but the guards had disappeared. They had accompanied them as far as the underground station near Mount Kailas. There, Ransom and Jane had handed over their winter clothes and boarded the train alone. Jane fell asleep immediately, and that was why she later wondered if it had all been a dream. She could never explain, for as long as she lived, why she could only recall departing from Tibet and not arriving there.

'It is a mystery,' said the Director. 'It is all mystery. How long have we been on this train, for instance? It only seems an hour or so since we left the King, yet we are nearer home than you might think. Almost there, in fact. Time works differently in the deep places, Mrs. Studdock. It was mid-afternoon when we met at St. Anne's-on-the-Hill, it was early morning in Tibet, and the sun is now setting on the Gwynedd coast, where we will set foot shortly. See, we are slowing down. Arthur awaits us.'

There were no signs at this station, just a stone staircase leading up from the platform, then a dim corridor, then another set of stairs. Jane saw the sunlight splashing on the steps as the smell of the sea hit her from above - bracing, tonic, revivifying. She emerged into the light between two tall rocks and, with the Director beside her, stepped out onto a sandy beach speckled with brown and white pebbles. The air was sharp and keen. The harsh cries of sea birds echoed and resounded, while the sun - a raging red ball - dropped reluctantly into the West in front of them. The beach sloped down to a green and pale-blue sea, waves bouncing and splashing against a line of big cliffs, curving away to the left. 'Let us stand and wait,' said Ransom. 'The King is at hand.'

At these words, a ship with white sails appeared from behind the cliffs, then turned and approached the bay. Two banners were draped over her side - a golden sun on a field of deep azure, and a crowned and rampant lion rearing up in a shock of red and silver.

The ship docked. Men and women in brightly coloured clothes - about twenty of them as far as Jane could see - disembarked, tied their banners to flagpoles, and walked steadily forward towards Ransom and Jane. The man standing front and centre - clearly their leader - commanded Jane's attention. He was dressed in red and blue, and his hair and beard were brown, flecked here and there with grey. He held a bronze spear in his left hand with a red tip, and the jewelled hilt of a sword flashed emerald green on his left hip.

The nerves and excitement that had struck her so hard when approaching the Chakravatin were alive in her stomach again. But now it was the other way around. This King was approaching her. Overcome by emotion and awe, she was about to bow down, but then he surprised her by not only bowing but kneeling on the sand before Ransom and herself. The setting sun behind him framed his face in a flaming halo, and his eyes were moist with tears. He looked up at Ransom, who handed him the Orb. Arthur took it in his left hand and gazed at it with love, as if it was the most precious gem on Earth. Then he turned to Jane, and their eyes met. He lowered his head and Jane knew what she had to do. She was no longer nervous. Her hands were steady and her mind crystal clear.

She crowned the King with the circlet, and sunlight glinted on gold as it fitted smoothly and naturally over his head, like it had always been there. Then Jane saw a woman she had not noticed before step slightly away from the Companions gathered behind the King. She looked very much like Jane herself - long dark hair, green eyes, oval face. In her right hand was an ivory horn, which she raised to her lips. She blew a long note, like a summons or a clarion call, and Jane felt that the natural world had ceased its round of activity and was listening intently. The gulls had fallen silent and the sun itself seemed to pause in its descent towards the underworld.

Then the King stood up, bowed to Ransom and Jane, turned, and walked back slowly with his Companions towards the ship. The world began to turn again, but Ransom and Jane stayed where they were until both the ship and the sun had vanished and the stars were shining above. Then they left that place and headed back to the rocks.

'Why did you bring me today, Sir?' asked Jane, remembering the question she had intended to ask on the way to Tibet.

'The High Powers told me to, before I even saw you. They did not tell me why. I can only imagine that you have some greater role to play, otherwise they would not have prompted me this way.'

Jane made no response. She let his words take root in her heart. Then a voice called her from behind, and she knew the voice instantly, even though she could not have said where and when she had heard it before. She spun around. Ransom did the same. And there before them, resplendent in the darkness, was a man in white and gold who burned and glowed with a light so fierce that Jane was astonished that her eyes could bear it. His hair was white as wool and his eyes and feet like molten brass. This time she did bow low, and more than that, fell down prostrate on the sand. She felt Him close by. 'I am the Alpha and the Omega,' He said. 'The first and the last. Have no fear.' And He laid his hands upon her, and such a wave of goodness and power coursed through her that she knew that whatever life threw at her in the future she could never succumb to despair. The reality and strength of His presence was more solid and enduring than any evil she might encounter.

Jane thought He had finished speaking, but she was wrong. 'The horn you heard this evening,' He continued, 'has blown once before, at the awakening of Arthur and his Companions. It will sound once more on the eve of the second Battle of Britain, when Arthur will call my followers to his side. The horn will be blown by the last of the Pendragons and, if you will, you shall be the mother of that Pendragon. Do you wish it to be so? It is no easy path.'

Oddly enough, Jane was not at all astounded by this revelation. It felt like the most natural and obvious thing in the world, and her answer was unequivocal. 'I do wish it,' she said. 'Because you will be there, and wherever you are, I will be too.'

Then, as if a jar of holy oil had been poured over her head, she felt the stillness, peace and joy that only the Most High can bring flow down through every atom of her being.

Just as Jane had sensed when He had come to her, so she knew when he had left. She scrambled to her feet and looked around for Ransom to tell him the good news. Then she saw him talking with Our Lord by the rocks. They looked almost like equals, for the same transfiguring light blazed forth from Ransom too. Dazzled, Jane shielded her eyes with her hand, and when she put it down again Ransom was alone and walking towards her, smiling from ear to ear. His apperance was altered. He had changed and grown - still what he was before but much more so now - so noble, lordly and royal that Jane forgot her own story and stood there speechless.

'Well,' he said. 'I see I was mistaken. I promised you two kings, and now Maleldil himself has blessed us with His presence. That makes three.'

Then the string of Jane's tongue was loosened and this is what came out, 'No, sir. Not three kings but four, for you are a monarch yourself now - not a symbolic or an archetypal ruler, but a true sovereign - a master of the inner and the outer worlds. The real thing.'

'You too, you too,' replied Ransom. 'You are a queen as well.' This time Jane was astounded, but what she could not see was that the Divine light making Ransom's face shine like the sun had enveloped her too and that they had both become living temples of that uncreated light, which shone before the beginning of the world, shines now, and will shine on after the end.

The light cast by Jane and the Director was seen all through the Field of Arbol that night and there was much rejoicing in Deep Heaven from Ransom's masters, those High Powers that sit in Mercury, Venus, Mars, Jupiter and Saturn, as well as the Moon and  Sun. They celebrated the great affirmation - the Fiat - Jane had made, and gave thanks to Maleldil through a solemn liturgy for the seeds of restoration He had planted through his servants that day in the deep and hidden places of Thulcandra, the Silent Planet.